GENEVA (12 March 2014) – The United Nations Special Rapporteurs* on the situation of human rights in Iran, on summary executions, on torture, and on violence against women expressed alarm today at the ongoing spike in executions in the country; which recently included the hanging of a former child bride amid questionable circumstances.

Ms. Farzaneh Moradi, who was reportedly forced into marriage at the age of 15, was hanged on 4 March 2014 in Isfahan Prison after being tried for murdering her husband. She originally confessed to the murder six years ago, but later explained that it was carried out by a man that had persuaded her to confess to the crime, convincing her that a young mother would not be executed. The court reportedly would not allow a revision to her original confession.

“This is yet another truly alarming case which demonstrates the need for an immediate moratorium on the death penalty in the Islamic Republic of Iran,” the Special Rapporteur on the situation of human rights in the Islamic Republic of Iran, Ahmed Shaheed said, stressing serious concern over the provision of due process and fair trial guarantees in this and other cases.

“The Government continues to execute individuals at a staggering rate, despite serious questions about fair trial standards,” the Special Rapporteur on extrajudicial, summary or arbitrary executions, Christof Heyns, said.

“In this case, the defendant was reportedly forced into marriage as a teenager and claimed that she was coached into confessing to a crime she did not commit,” he noted. “Yet the execution proceeded apparently without due attention to these very disturbing circumstances and claims.”

At least 176 persons have reportedly been hanged in Iran in 2014 alone, as part of what appears to be a steadily increasing rate since the summer of 2013. Most of these executions were carried out for drug-related offenses, in violation of international legal provisions limiting the permissibility of capital punishment to the ‘most serious’ crimes.

“Ms. Moradi was already a victim before she was hanged. She was a former child bride who apparently could not escape her marriage due to cultural norms and legal barriers to divorce in Iran,” the Special Rapporteur on violence against women, its causes and consequences , Rashida Manjoo, stressed.

“She appears to have fallen victim to the system once again, this time paying with her life,” she said. “The Government should work to ensure its obligations to provide protections for women and children, among others.”

The Special Rapporteur on torture and other cruel, inhuman or degrading treatment or punishment, Juan E. Méndez, added: “The cruelty of this execution in light of an apparent coerced confession is particularly profound and unjust.”

The UN experts are once again urging the Government of Iran “to heed to calls by the international community to declare a moratorium on executions.” They expressed shock at the continued surge and at the recent comments issued by Iranian officials claiming that the executions perpetrated by the Government to date are a “great service to humanity.”

Previously, on 21 January 2014, the Special Rapporteurs on the situation of human rights in Iran, and on summary executions called on the Government of Iran to urgently limit executions in light of a recent reported upsurge in hangings, and due to concerns over the provision of due process and the continued use of execution for crimes not meeting ‘most serious’ standards in accordance with international law.

They are charged by the Human Rights Council to monitor, report and advise on human rights issues. Currently, there are 37 thematic mandates and 14 mandates related to countries and territories, with 72 mandate holders. The experts work on a voluntary basis; they are not UN staff and do not receive a salary for their work. They are independent from any government or organization and serve in their individual capacity. 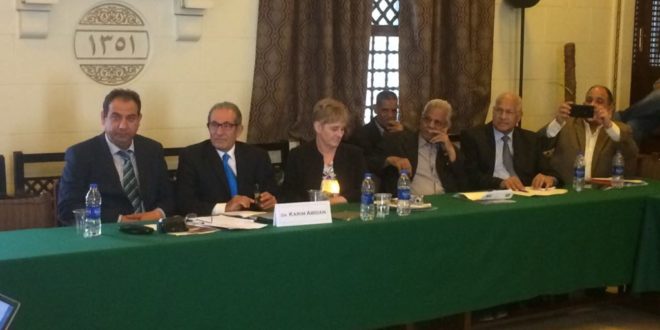 Internal Self Determination for Ahwaz discussed in AUC forum