A Neglected Nation: 90 Years of Oppression in Al-Ahwaz

In the 30th Session of the UN Human Rights Council, the Unrepresented Nations and Peoples Organization (UNPO), the Southern Azerbaijan Alliance and the Nonviolent Radical Party, are convening a side-event entitled “Adding Fuel to Fire or Paving the Way for Peace? Human Rights Post-Iranian Nuclear Deal?” to address the growing scepticism as to how Iran’s ethnic and linguistic minority communities.

Mr.Karim Almoor the representative of Ahwaz human rights organization had his speech about Ahwazi Arabs situation and their history of 90 years of supress and discriminations under Iranian government and here we provide you with the speech :

A Neglected Nation: 90 Years of Oppression in Al-Ahwaz

After years of stalling and months of negotiations between representatives of the Islamic Republic of Iran and the P5+1 countries, the IRI was forced, due to unresolved internal socio-economic and political crisis and growing international boycott on the one hand, and ever-growing internal pressures from the Iranian people on the other hand, to agree on a nuclear deal. The regime is seemingly projecting an image that it has temporarily stopped developing weapons of mass destruction and agreed to the demands of the international community.

The regime’s deadlock in its efforts to acquire nuclear weapons was predictable. This became apparent toward the end of Ahmadinejad's presidency when behind the scenes negotiations with Western countries took place. Evidence shows that the Islamic regime, after wasting billions of dollars, had to retreat from its militaristic and expansionist ambitions, when it was confronted by freedom loving people and pressure from the international community. It ended up shutting down some 90% of its nuclear program.

The leaders of the Islamic Republic were forced to comply with the demands of Western governments and repeat Khomeini’s drinking the poison scenario ending the 8-year Iran-Iraq war, this time with regards to its nuclear program. This reveals the inability of IRI leaders to govern the country and hold onto its criminal enterprise.

One may ask, whether the Islamic Republic, with its vast oil and gas resources, and abundance and availability of solar energy, really needed nuclear energy for peaceful purposes to begin with. Was it justified in its risky and hugely expensive pursuit of nuclear power? The result of this two decade pursuit by the Islamic republic, led by the Revolutionary Guards Corps (IRGC), was the ruin of the country’s economy. The program costed over four hundred billion dollars. We condemned and opposed the Mullah’s nuclear pursuit from the beginning. We believe that the sole purpose of Iran’s nuclear program was for exerting hegemony externally and for the intimidation and the suppression of its own peoples. Based on its historical policies and patterns, and our understanding of its nature, we are certain that the Islamic Republic will use the resources it gains as the result of lifting of sanctions to continue Iran’s proxy wars and export of terrorism in the region. The seeming cooperation with the international community is disingenuous and only tactical.

We are also of the belief that a large part of the blocked funds that will be gained as a result of the lifting of the sanctions, will be directly deposited into the personal accounts of the Supreme Leader Ayatollah Khamenei and Iranian Revolutionary Guards. These funds will be used to develop military capabilities for its fifth columns and its terrorist allies in the region, and not for the Iranian people. This will exacerbate instability in the region.

Despite signing the agreement and its pledge to the international community, the regime continues to suppress freedom fighters in the country and continues to violate the human rights of its citizens. It is also committed to exporting the Islamic Revolution abroad. It is continuing to aid terrorist groups in the region and continues its threating posture against Israel and other countries in the region. We believe that the destructive policies of the Islamic Republic may eventually impose an unwanted war involving the international community in the Middle East.

We believe that the nuclear agreement, even if it bears some positive results, will have no impact on the lives of the national minorities who make up over 60% of the Iranian population. Economic depression, high unemployment, abject poverty and inflation, social and political marginalization will remain facts of life in the Baluch, Ahwazi-Arab, Kurdish, Turkmen and Turkish regions of Iran.

We as Ahwazi Arabs are disappointed that the discourse surrounding the nuclear deal with Iran ignores the human rights situation in Iran altogether. We have no expectation that the lives of millions of “minorities” in the Islamic Republic will be improved in any way because of the agreement.

According to international reports, there are over 5 million Ahwazi Arabs in Iran, in the Ahwaz province in southwest Iran, suffering from continuing oppression, land confiscation, marginalization, racial discrimination, poverty, unemployment and deprivation of the most basic necessities of a decent life. They do not benefit from the agricultural wealth and natural resources on their land which provides 80% of Iran’s oil production.

In April 2005, there was an Ahwazi Arab uprising after a letter from the Office of the Presidency was leaked revealing instructions to the ministries for the implementation of demographic change against the indigenous Arab population of the region, and the displacement of the Arab nation with immigrants from other Iranian regions. The goal is to eventually turn the Arabs in Ahwaz from the majority to the minority on their own land.

Arab citizens have held mass protests against the confiscation of their lands, the resettlement and immigration policy, and the demographic change they see taking place. The protests have been met

with excessive repression by security and police forces of the Iranian Revolutionary Guards. Many Arabs have been arrested, among them children.

For nearly two decades, the Iranian authorities have continued to encourage nomadic tribes to immigrate and resettle on Arab citizens’ territories in different areas of Ahwaz province. After their resettlement, the government builds new settlements for them and gives them agricultural land they have looted from Arab farmers. The government provides them with various employment opportunities and meanwhile unemployment for Arab citizens who are indigenous to this area is at its highest rate.

The Iranian authorities have started implementing a new plan for resettling tens of thousands of immigrants from the tribes who belong mostly to the Lor and Bakhtiari nations to the Ahwaz province. This is noted by human rights organizations as a continuation of the demographic change plan in the Arab Region. The Iranian government announced the settlement of thousands of immigrant nomadic families to the Ahwaz region in a project the government has called “Housing the Tribes”. This is a continuing effort to dilute the concentration of Arabs in the Ahwaz region.

Ali Rahim Karimi, director of tribal affairs in Khuzestan (Ahwaz province) was quoted by the official Iranian news agency as stating that “the resettlement project of these tribes started last year in 2014 with the budget of 100 billion rials”, and the first phase of the project has been implemented on 2,000 hectares west of the Karkheh River. He added that now they are implementing the second phase of the resettlement project on 200,000 hectares in Shoabiyeh, a Shoshtar city in the north area of the province, with a budget of 90 billion rials. Karimi also stated that agricultural lands would be given to migrants to ensure their success.

We condemn the policies of the Iranian regime which, based on history, we cannot expect will improve the situation for Ahwazi Arabs. It is unmoved in its course of destruction of a people. The international community and human rights organizations, and the special committee of indigenous people at the United Nations demand to put an end to these government policies which will lead to a slow and systematic ethnic cleansing of the Arabs through displacement and settlement and the looting of lands in the Ahwaz region. 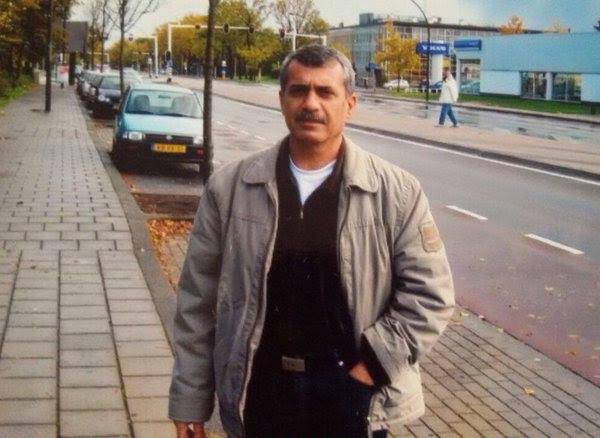